I was directed to the Prices site by an old friend of mine. Thought I would send you these photos of the U16 rugby team 1966-67 season and the 1st 15 of the same season. 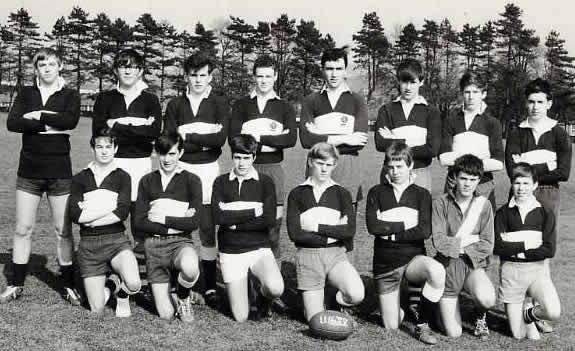 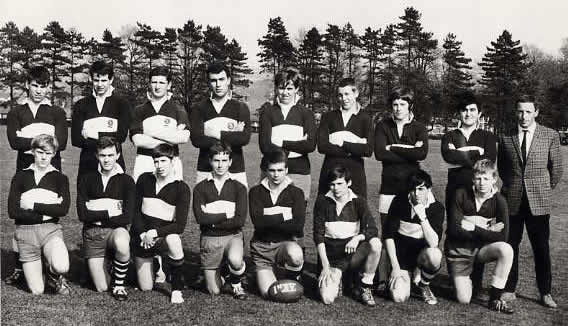 I don't have the names of the 1st 15 but that's me bottom left. The sports master was Mr Wise I think, and there one or two from the photo already on the site.
I think that might be me next to Andy McPhee in the 67/68 photo. I must have been playing a year up as I don't recall playing in that team. 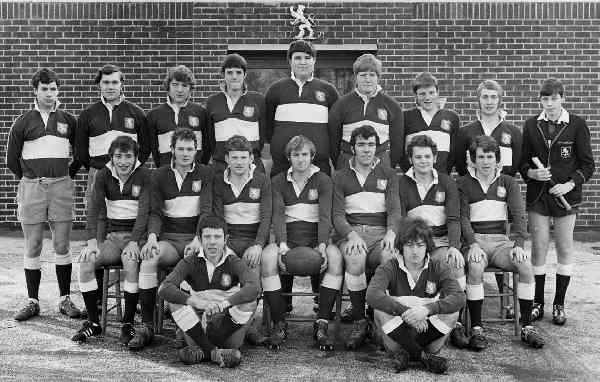 More detail on the 69/70 photo from Kev O Carroll.

Back row from left:

I can shed some additional light on the Rugby names: Intermediate photo - the chap in the back row is Phil Hannam, not Dave Hannah. My photo - the chap next to me is Mark? Jones - always known as Jonesy! The other, next to Andy Lowe is Dave Lydford.