Can I interest you in the two attached images for the Old Priceans web-site? One is the 1969/1970 upper sixth (I'm at the back somewhere). I could probably name about half those pictured with some effort. Kev O'Carroll's in the middle somewhere. I notice that he's been making comments on the web-site. The last time I saw him was probably 1972 when he came and stayed the night in my college digs in order to see The Doors play at college (sans Morrison who was dead by then). The other picture is a CCF parade day from, I would guess, 1968. Again, I could name a few. Steve Chappell is in the middle I'm behind him to the left. Osborne (with an 'e') is the corporal on the left. I could never remember his first name because everyone called him 'Spaz'.
-- _________________
Dr Digby L. James 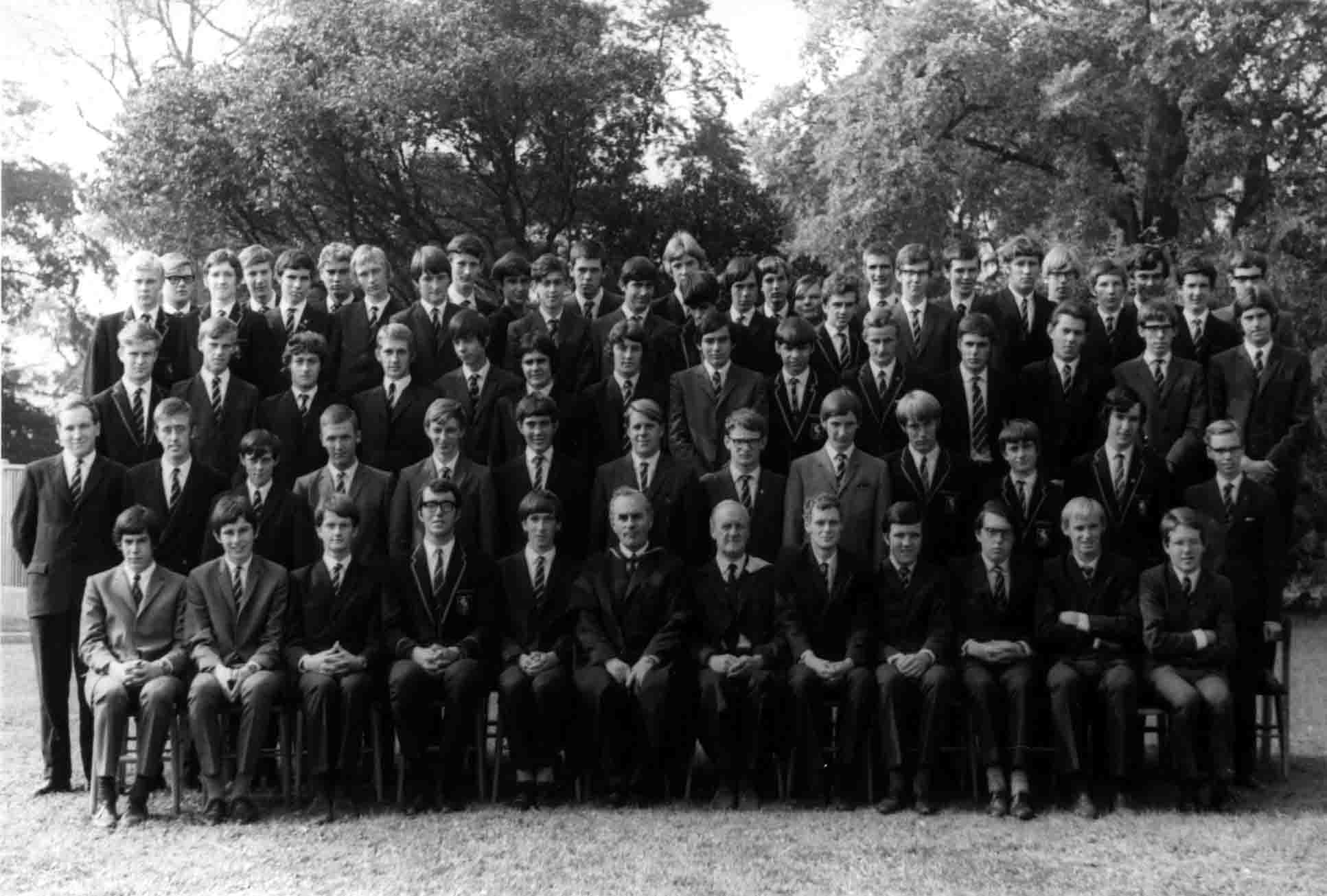 Here's the list (above) I've got on my web-site which I think fills in some gaps. I've just tried naming everyone for my own site
(http://www.quintapress.com/AncientHistory/Schools.html).

Chris Starr is definitely NOT there. He was in the lower 6th that year. Having failed maths and physics in 1970 I had to stay on for another year and got to know him quite well.

just seen the 1970 6th form picture, and have got around 50% of the names for anyone who may be interested:

Alan Croker   Sadly he died some years ago of a brain haemorrage I believe.

Chris Bard, last heard of in Ventnor, I.o.W. I think. He's a vicar.

Mike Osborn, who digby only remembered as "spaz"!  Went into forestry comission I think.

then down in the gap is Jan Nagy, who is up here in Scotland, according to one of my daughters, who was at school with one of his! next three unknown Possibly Colin Stevens-Hoare ???? ???? Possibly Rob Unwin

Back row, loosely behind the fourth

Brian Gamblin ???? ???? Steve Dear, still in the area as the Chief Environmental Health Officer I think.

Pete Long. somewhere in Northampton area, and a millionaire. ???? ???? Behind Jan Nagy is the supplier of the picture, Digby James.

I hope this is helpful to some of the members, please pass it on.

Hi Michael,
A few more names following on from Kev and Robin.

Second row next to Nigel Balchin is Beasley, that is not Chris Starr
next to him.

Third row on my left, is Cotterell ?, between Steve Kimberely and Mike
Crawshaw is Bartlett, end of the is Tony Beaton.

Loose back row next to Steve Dear is Pilkington, on the left of Pete
Long is Ian Scott (I.R.). On the left of Digby James are Scammel and
Hugh Smith (behind oon either side of Collin Stevens Hoare).

Just a few remarks on the 6th form photo:

As far as I remember we referred to Cotton (front row, left) as Nick (his initials were R.N.). Second from the left in the front row is not me (I left in December 1969 after staying on after the summer to do my S levels), but Keith Wilkes. Mike Dashper is certainly correct (so the question mark can be removed). Burgess's Christian name was I believe Mark. Brian Carriss's surname is spelt Cariss. The second from the left in the back row (the back row being loosely construed as everyone standing at the back) is Brian Gamblin, the sixth from the left Paul Hawes. I remember that Rob Unwin was often referred to as "Stan". I recognise some of the other "missing persons" too but unfortunately just can't put a name to them.

Having studied the photo supplied by Digby I attach my effort.

Sitting front row on Bob Lee’s right is Chris Bard, and next to him I think is Crocker.  On his right is Mike Dashper

Sixth form 1970 photo: back row, 6th from the left is Paul Hawes (son of
the rector of St Mary's church, Rowner, Gosport).

A friend came across this - I am Paul Hawes' wife (top row, 6 from left. If you want to see what we are up to, look on our web site (see below!). I knew quite a few of the lads in Paul's year as we knew each other as 15 year olds - I went to Bay House, Gosport.