Here are some photos which may be of interest. Unfortunately they are not as sharp as one would like, it's up to you whether you put them on the site. 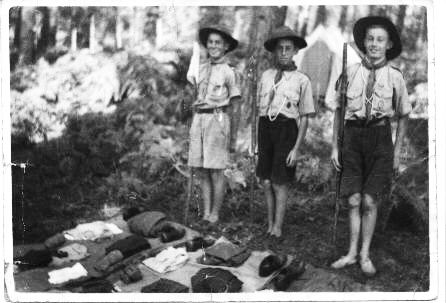 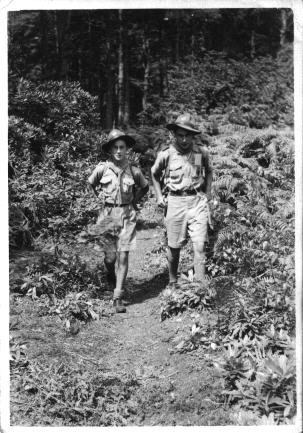 Hiker's Badge  1947
L - R  Michael Herbert, 'Pussy' Heath
On the back of the photo it states that this was at the start of an 18 mile hike over 2 days.
The night was spent sleeping under a hedge!! Apologies to Mr Heath, as I cannot remember his first name and it says 'Pussy' on the photo. 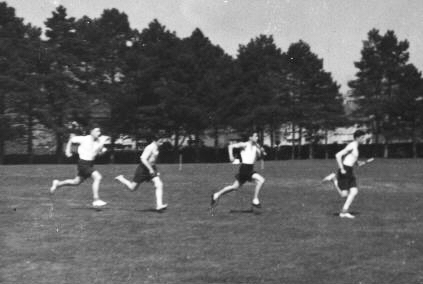