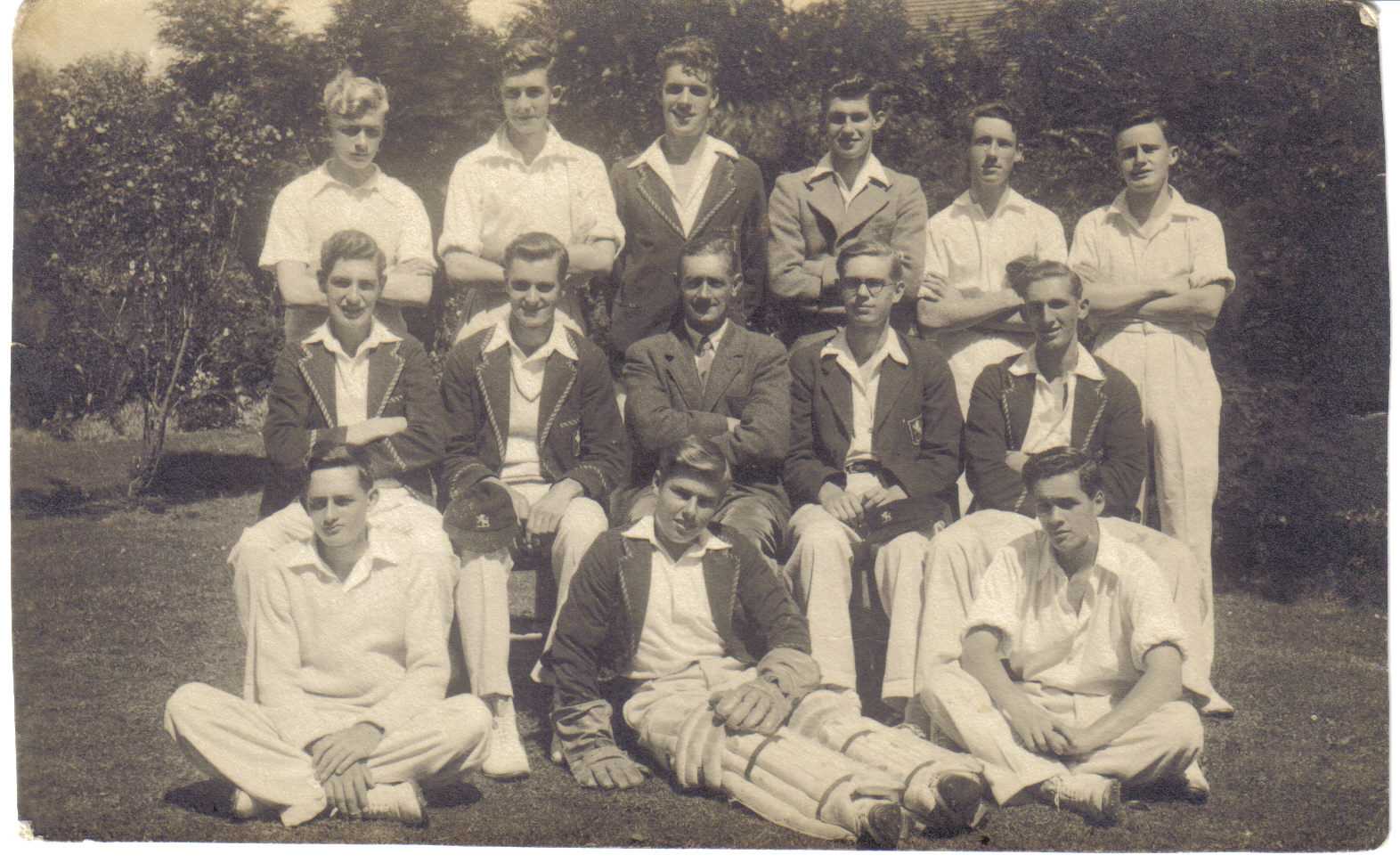 You might like to add to the archive the picture I am attaching of the 1946 cricket XI. Using the same infallible means of identification they are:-

One noticeable thing about these pictures is that both the 1945 and 1946 cricket XIs feature a certain E J Young, which chimes with your recent correspondence with Roy Edwards about OPs called Young. There seem to be some mysteries about all these Youngs.

I was an almost exact contemporary of E J (known at school as both Johnny and Bungy). He was a very gifted cricketer, and 1943 and 1944 editions of the cricket photo (if they had existed, which I don’t think they did) would certainly have included him. He won his first XI colours in either ‘43 or ’44, as a colt. He and I played once together for Hampshire Schools - I think against Berkshire Schools - in the late summer of 1946. Co-incidentally, he and I were astonished to find ourselves in the same barrack-room at Catterick Camp (Hooge Lines, in case any other OPs remember the Catterick of that long ago) in the summer of 1947, while doing our National Service in the Royal Signals.

But Johnny/Bungy was certainly not one of the three Young brothers remembered by Roy Edwards. By an amazing chance, I recently came across a copy of some SOP committee minutes (date unknown, because it was a single sheet which I was using the back of as scrap) which record the Honorary Treasurer as reporting “Edward Young (1941-46)” as being one of nine new members who had recently joined SOP. Now that can’t have been the Eddy Young who has recently died and who was, Roy thinks, at school between 1931 and 1938. Nor was it E J (Johnny/Bungy), who I am sure was not called Edward, although the 1941-46 dates would be about right for him. But that would clash with the E J Young you yourself found in the 1937 Lion. The E S Young also in that Lion was probably the Eddy Young we started off with, but where did the I Young fit in?

Can anyone else - perhaps any of the Youngs themselves who survive - throw any light?