It is nearly 40 years since the surrender of the Argentine forces on 14th June 1982 to end the Falklands War. On Remembrance Sunday we remember former pupil, Cpl Ian Frank Spencer of Zulu company 45 Royal Marine Commando who was killed on 12th June 1982 in the attack on Two Sisters, a key strategic part of the horseshoe defensive line which the Argentineans had created around Port Stanley.

More pictures from Two Sisters may be seen here... 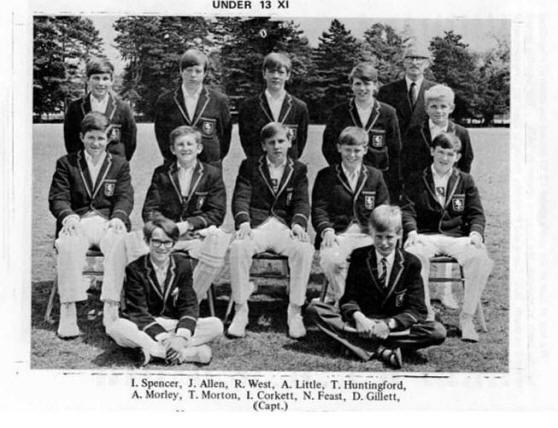 Ian Spencer can be seen in this picture from the 1969 Lion. Although he appeared to be a promising cricketer, he was also mentioned in relation to swimming and judo in later Lions.

Whilst searching for details of the battle, this article came to light:  http://goo.gl/TxAgL.

Thank you for your enquiry about Cpl Spencer.

As a young troop Commander in the same Zulu Company, I was always very impressed by Cpl Spencer's professionalism and wonderful sense of humour, both vital elements in war. He was a Junior leader right at the top of his game and was also an inspiration to his marines. All my memories are positive.

I hope this helps in some way. Well done on the work you are doing: I am sure that his family will appreciate this.